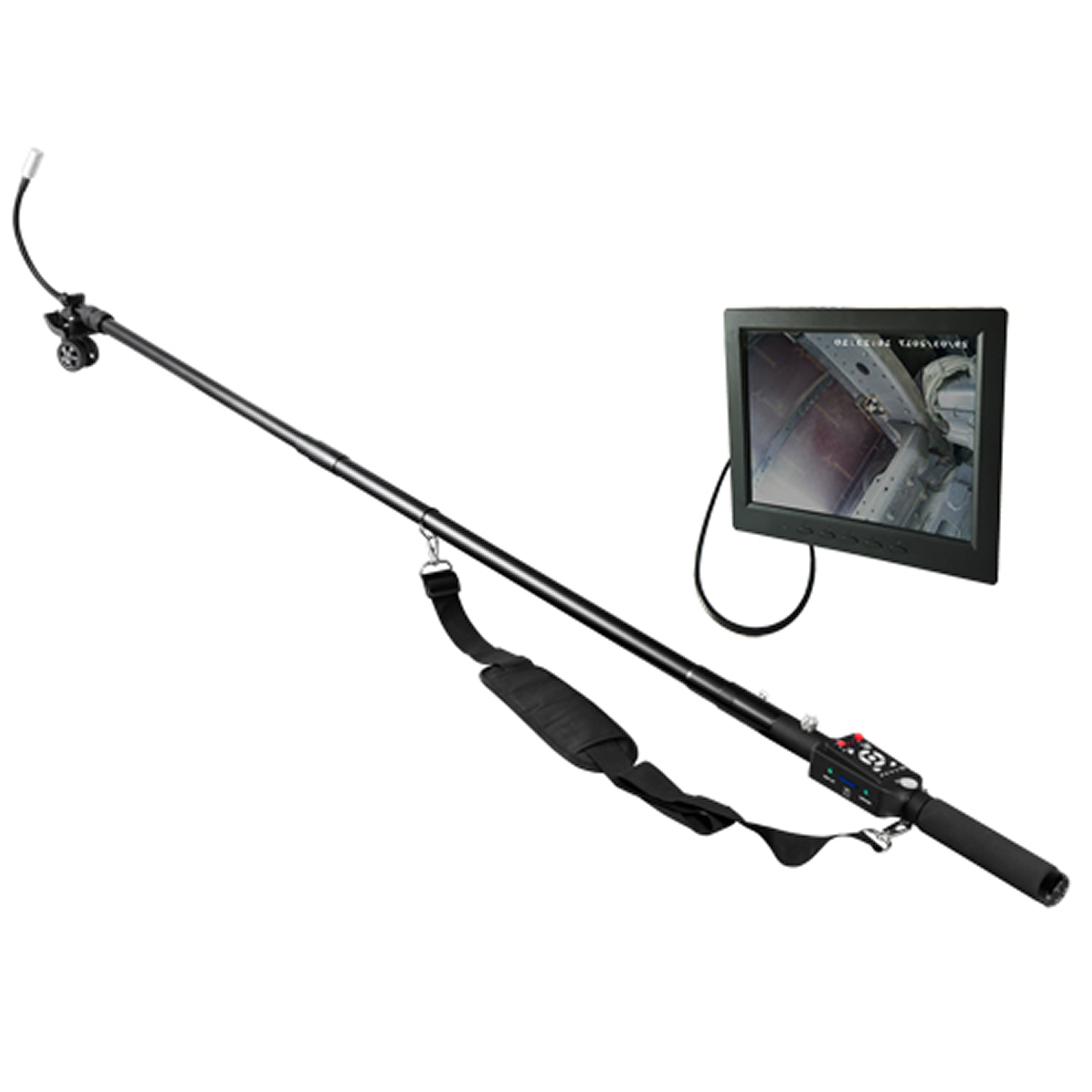 The Videoscope camera for diagnosis and monitoring of hard-to-reach areas / Machine and system diagnostics / 8" LCD monitor / 12 bright LEDs on the camera head / Adjustable brightness of the LEDs / Memory function / Video function / Flexible camera head.
The PCE-IVE 330 videoscope camera is used to diagnose and monitor hard-to-reach areas on machines and systems. Due to the length of the videoscope camera, it is also possible to detect areas which are difficult to access. Visual monitoring with the telescopic camera is supported by the flexible camera head. It can be brought into the desired position by bending, and thus images at a certain angle are also made possible. On the camera are 12 bright LEDs, which illuminate the area in which the telescopic camera is to be used, very well, so that a clear picture can be transferred to the display. The brightness of the LEDs can be adjusted using a dial on the handle of the telescopic camera.

Thus, the telescopic camera can also detect potential hazards inside the machine. or example, fracture points on components are made clear by this telescopic camera. In addition to the normal mode in which the images only are transmitted to the display, a video recording can also be performed if an SD card is inserted. Thus, the performance characteristics of individual components can also be monitored and, if necessary, optimized later.

The scope of delivery of the telescopic camera includes not only the SD card, but also a card reader so that the produced video can later be easily viewed on the PC. In order for the videos to be correctly ordered when they are started on the computer, the telescope camera automatically adds the date and time to the video. Thus, no confusion can occur. However, the date and time must first have have been set correctly on the device.

What's In The Box: